there's a serial killer on the loose

SEGMENT OF ONE available June 15

Reviews for Segment of One

The novel’s premise is intriguing, and its characters shine. Holly is a delightfully realistic pre-teen. David and Sol, with their perverse obsessions, prove worthy foils for her. Nick fluently guides readers through the novel’s theoretical underpinnings and provides some welcome comic relief.

Grigsby’s thriller features a unique setup that uses marketing analytics as an investigative tool and features a face-off between math and statistics.

Segment of One is a gripping, high-stakes novel in which marketing analyses and science could be used to stop serial killers. The novel moves with speed, satisfying its audience with its developments and delivering action, suspense, and intrigue. 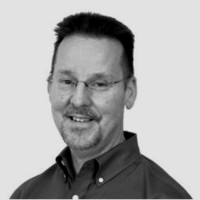 As far as I know, Segment of One is the only novel to suggest marketing analytics as an aid in criminal forensics.

I've worked in the corporate world of marketing analytics for over 20 years. My PhD is in marketing science (and no, that is NOT an oxymoron). I've published two non-fiction books, Marketing Analytics and Advanced Customer Analytics. Marketing Analytics has also been translated into Chinese and Polish (yes, Polish.) I used those texts in teaching my graduate school classes.

Marketing analyst Nick Vanderoff, newly retired from his successful career in business, lost his wife last year to cancer. Now he just wants to rest, relax, and repair family relationships. To accomplish this, he's been spending time with his math-genius granddaughter and his estranged daughter.

But a serial killer is on the loose in Dallas, and traditional forensics have produced nothing. Nick has consulted for the police department before, but not on anything like this. Can he trust the algorithms that worked so well in the corporate world to flush out a madman?

The answer becomes personal when Nick's projections thwart the killer's plans, and the killer realizes the police are closing in on him. The killings escalate, and the killer turns toward Nick and his family. Will Nick be able to use his marketing skills to target a lethal segment of one to reveal himself?

Fill this form out this form to be added to the waiting list, or contact me and I will get back to you shortly.